For the past two years I’ve gotten the chance to work as an Associate Animator and Artist at Harmonix Music Systems, creators of the Rock Band Franchise. During the development of Rock Band 4, and later the Rock Band Rivals expansion, I was brought on to do the camera, lighting, and lipsync editing for songs. In total I edited over 60 songs featured in the game. Above is an example of a recent DLC song I worked on.

In addition to editing the camera timing, I also had the chance to create some of the camera angles themselves. Below are a selection of angles I did for the “Arena” venue:

During the development of the online update for Rock Band, I had a chance to work with the team working on the online lobby screen. I composed the angles for the character portraits, as well as created the moving cameras with state-based programming.

Additionally I also assembled the greenroom environment. I composed the set dressings as well as the lighting. For memory reasons I wasn’t originally able to use volumetric lighting in the scene, however I was able to fake it with a shader on a plane for the final scene. 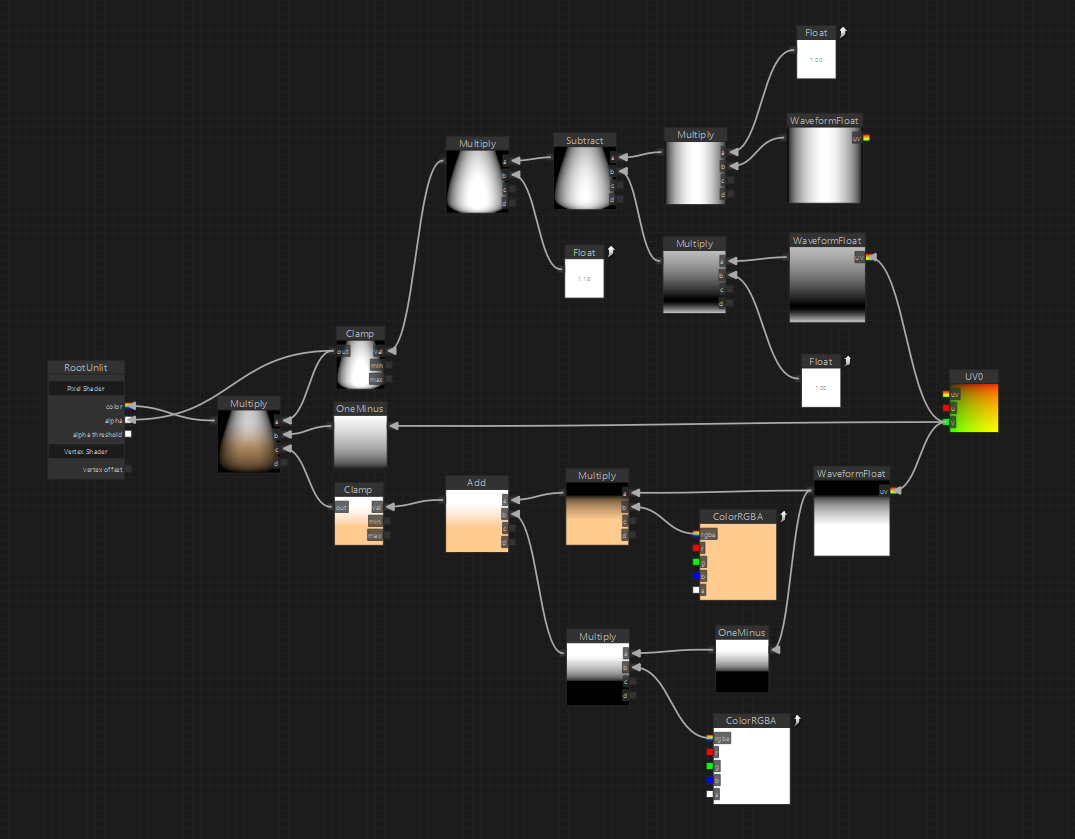 The shader graph for the volumetric light shader 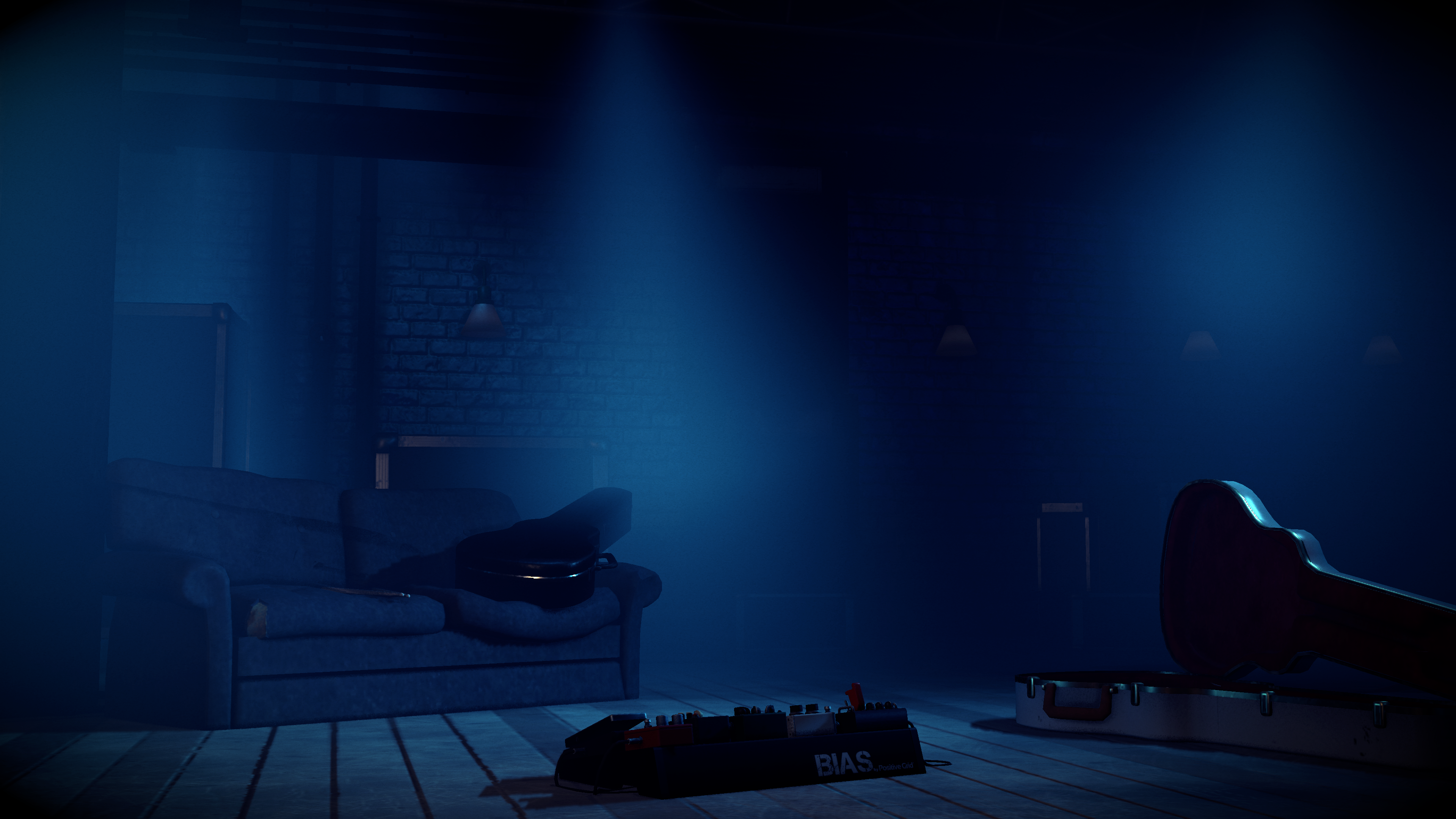 At the end of Rock Band 4’s development I assisted the publishing team in taking promotional screenshots. Here are a selection that are used in promotional material as well as most of the reviews for the game. 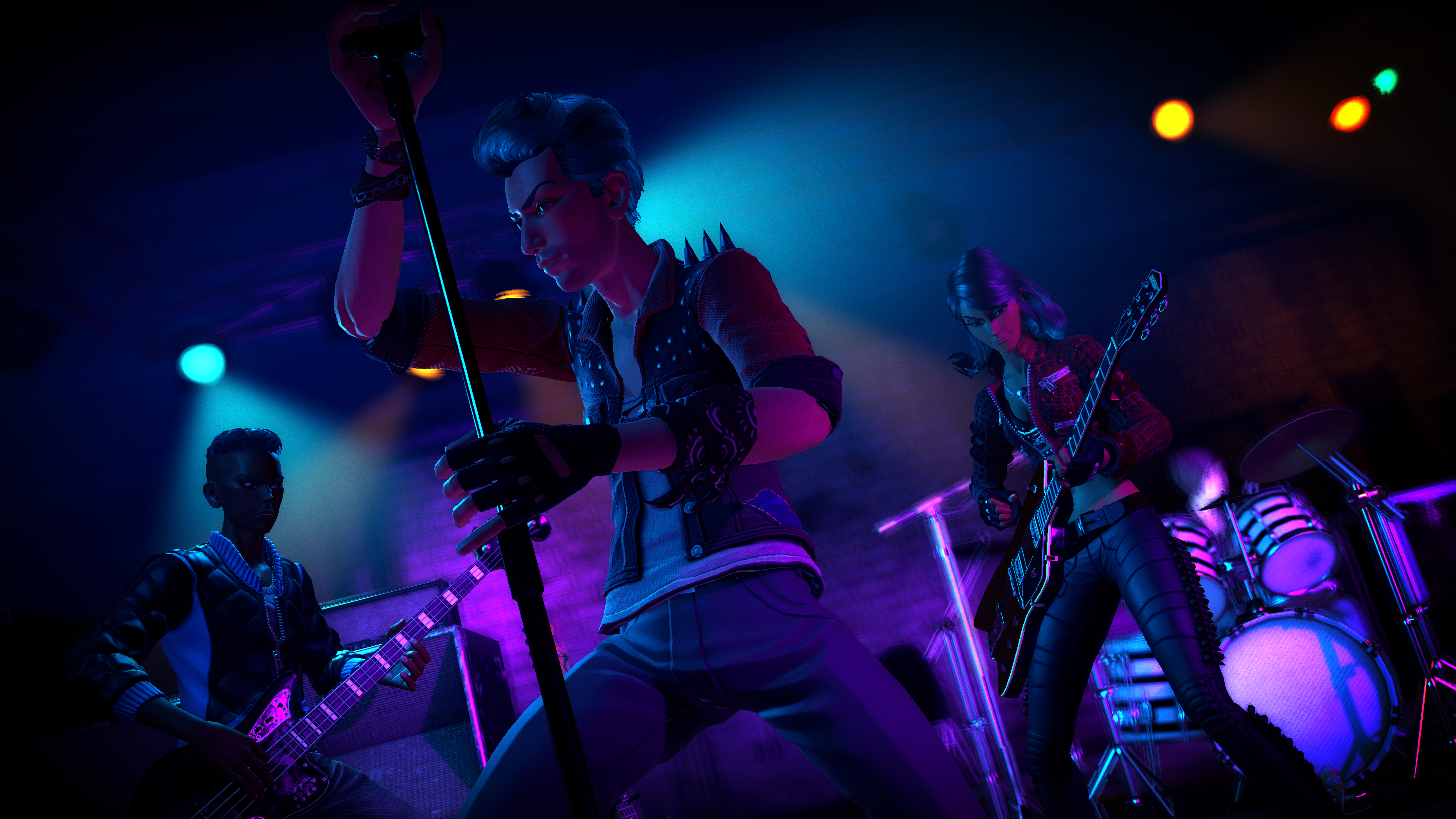 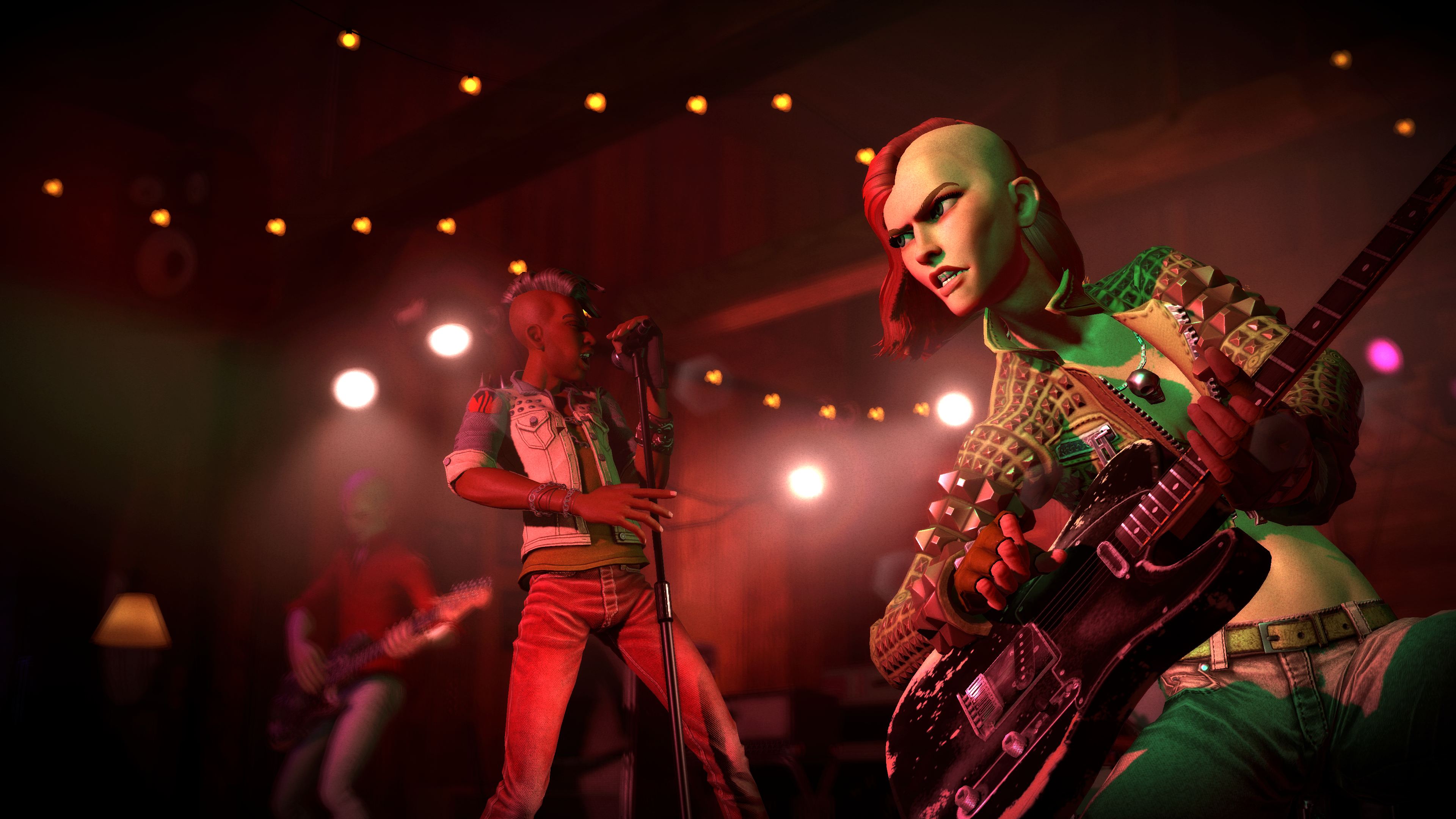 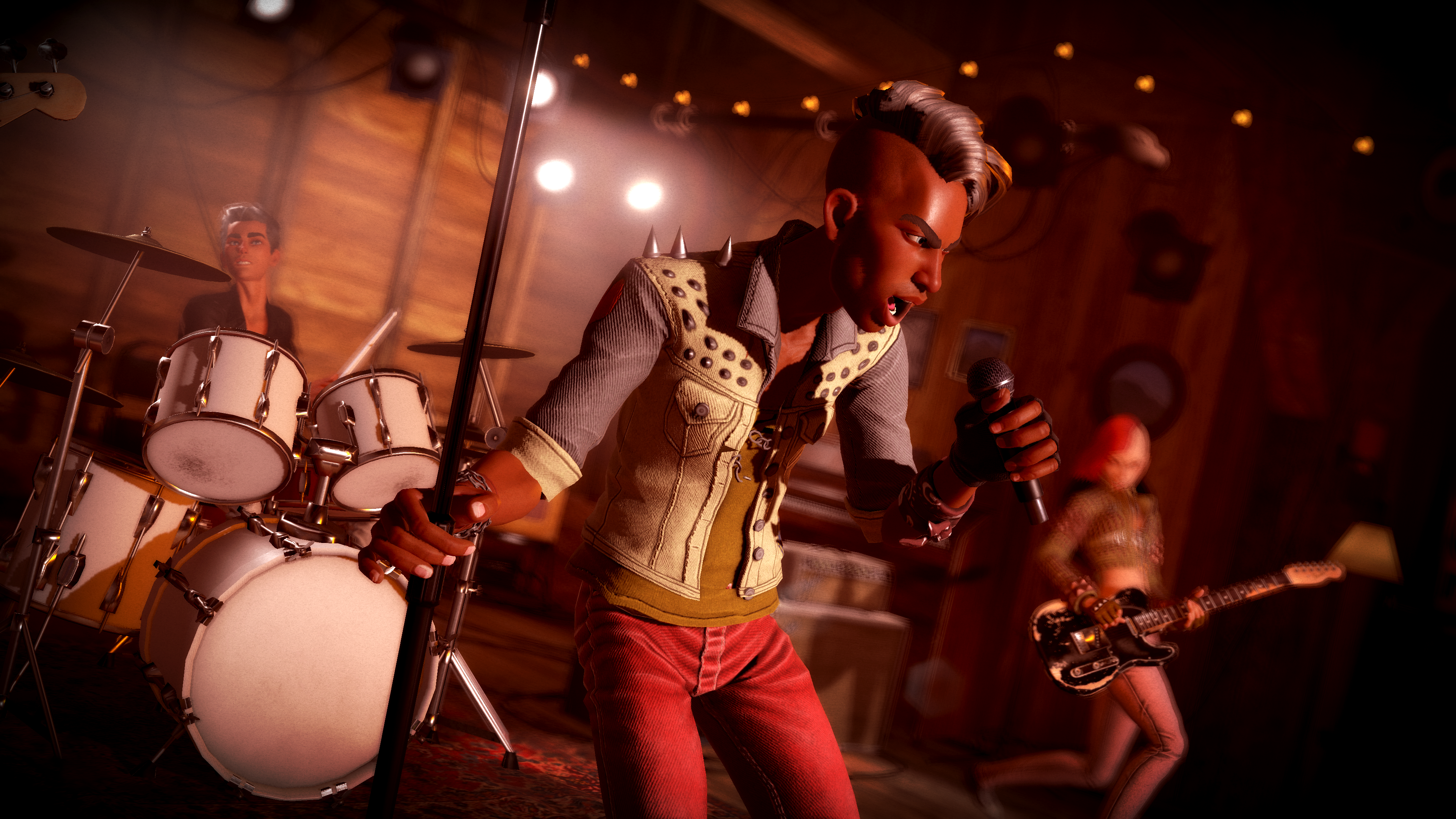